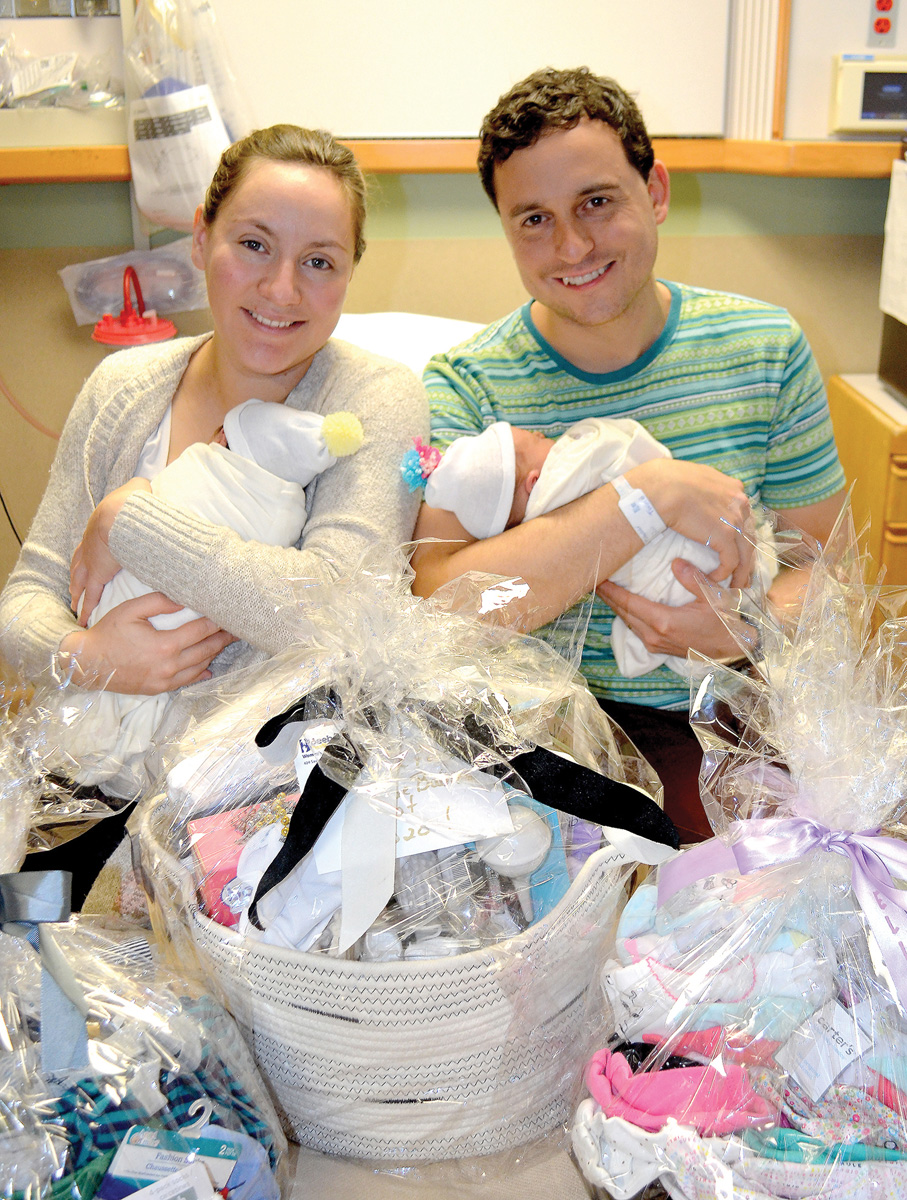 The first baby of the new year is always a big deal in a hospital maternity ward — but the first baby in a new decade is even more special. When it’s twins, and the year is 2020, that’s a lot of twos, and a lot of excitement.

That’s exactly what happened at Beebe Medical Center in Lewes on Jan. 1, with the arrival of Olga and Eric Tsavdar’s twin son and daughter, a little after 1 a.m.

The Tsavdars, who live in Millville, said they were not expecting to have the first 2020 babies; the babies weren’t due for a couple more weeks.

“We knew early on that we were having twins, but it was a surprise for us, because there aren’t any other twins in our family,” Eric Tsavdar said. “When we found out, we were shocked and delighted.”

The twins seem to have already gotten into the family’s rhythm — dad Eric was on winter break from his other job as Selbyville Middle School’s music director; he had also just finished a Christmas-season musical production at Dickens Parlour Theatre in Millville.

Both parents said they are just thankful for uncomplicated births and healthy babies.

“We just want to thank the entire Beebe team — the nurses, CNAs and Dr. Angela Caswell-Monack, who delivered the twins. They really worked with us and stuck with us so that it was possible to have a natural delivery, which is what we were hoping for,” Olga Tsavdar said. “We can’t say enough about all the support we have gotten here at Beebe.”

Bridget Buckaloo, Beebe Healthcare executive director of Women’s & Children’s Services, presented the family with gift baskets, which has become a Beebe tradition for the first baby (or, in this case, babies) of the year.

The Coastal Point caught up with the now-family-of four by phone on their way home from their one-week pediatrician visit.

“Levi was born first,” Eric Tsavdar aid. “It crossed our minds that they might be the first of 2020, but we were more concerned with making sure they were healthy and that labor went as good as it could be,” he said.

Even though the twins were born a bit earlier than Olga’s due date — not unusual with twins — their names were already picked out, he said. Levi weighed 5 pounds, 2 ounces, at birth, while sister Eliza weighed 5 pounds, 4 ounces.

“We’ve had a lot of love and support from the community,” said Eric Tsavdar, who is currently on paternity leave from his Selbyville Middle School position. “We feel fortunate to live in this community where we feel so supported.”

He said the support from family and friends has helped them through the “adjustment period” of life with two newborns.