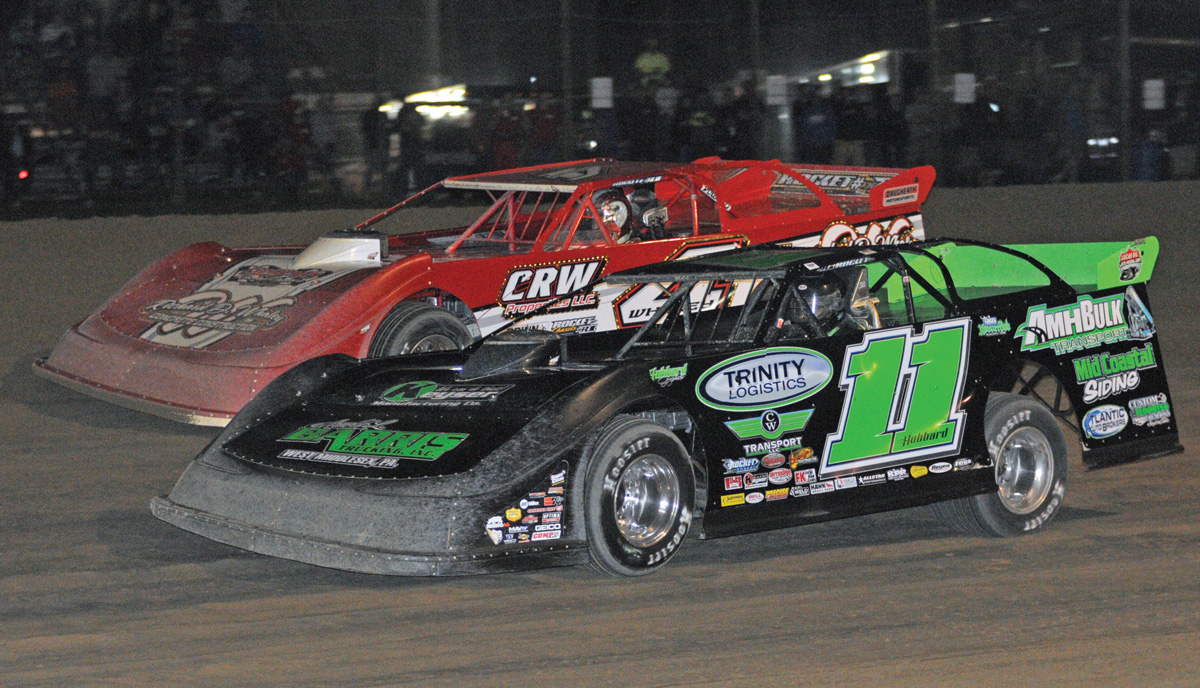 Teams scoring in the Top 5 — with perfect attendance records — will be in the running for cash from Sunoco Race Fuels Championship Series’ year-end bonus cash.

All race teams will get to test and tune their cars Tuesday, March 3; then that Friday night, March 6, the green flag will wave in a new season, starting with the two-night Melvin L. Joseph Memorial Race.

Racing legend Ken Schrader will be this year’s Melvin Joseph Memorial Race grand marshal. Schrader began his 50-year motorsports career when he was 16 years old. Schrader, of Fenton, Mo., spent 29-years in NASCAR’s Top-Tiered Cup Series, where he had 763 starts between 1984 and 2013, when he retired. Along the way, he earned four wins, 64 Top 5 finishes and 184 Top 10 finishes, all while driving for Rick Hendrick Motorsports.

Highlighting Friday action will be Small Block Modifieds, who will race 30 laps for $4,049 to win, and RUSH Late Models will be competing for 20 laps, with a purse of $1,049 going to the winner.

Headlining Saturday night, March 7, will be the Bob Hilbert Sportswear Short Track Super Series (STSS) fueled by Sunoco. Racers will put on a 49-lap show, with the winner pocketing a $10,049 purse, which is the largest purse offered at Georgetown Speedway. Also that night, RUSH Late Models will be competing in a 20-lap feature race worth $1,490 to the winner.

STSS Modified Velcita-USA South Region and STSS Crate 602s make two additional stops at Georgetown this season. They return Aug. 25 as part of the “Blast at the Beach” weekend, and again at the season finale Mid-Atlantic Championships scheduled for Oct. 30-31.

Thursday, April 16, the Speedway will host the Super Late Model Mark Williams Memorial 26-lap race, with $3,026 to win. Also on that night’s bill will be RUSH Late Model’s Speedweek 30 laps to win $3,000.

Also new this year, the Zebini Family Circus will perform at the Speedway on Tuesday and Wednesday, May 12-13. The family-owned and operated circus has been touring the country with mystifying magic acts, daring high-wire and animal acts for more than 250 years.

Friday, July 24, fans can see the Rapid Tire USAC East Coast Sprinters compete. Also competing that night will be L&J Sheet Metal Modifieds, whose winner will pocket a $3,000 purse for the 20-lap win. RUSH Late Models will be on the track for 20 laps, to win $1,000. Rapid Tire USAC drivers will make a second appearance Oct. 2.

This year’s “Blast at the Beach,” scheduled for Tuesday, Aug. 25, will feature Bob Hilbert Sportswear racers, with STSS racers in a 35-lap special, with the winner taking home $6,000. Crate Sportsman racers will be competing in a 20-lap feature that comes with a $1,500 purse.

Friday, Sept. 11, the Rapid Tire United Race Cars (URC) 360 Sprint cars make their annual stop at Georgetown Speedway. Also that night, L&J Sheet Metal racers will be battling in a 25-lap feature, whose winner takes home $3,000 for their efforts, and RUSH Late Models, with a $1,000 purse waiting for the winner.

Fans who want to try their hands at driving a few laps around the track can do so Saturday, Oct. 24, when the Kenny Wallace Dirt Driving Experience comes to Georgetown Speedway. The driving school has a number of reasonably-priced packages, from two to 15 laps. To register, visit www.dirtracewithkenny.com.

Closing out the season will be Mid-Atlantic Championship Weekend, Oct. 30-31. That Friday night, Small Block Modifieds will be battling for $3,000 to win, and $5,000 with Gambler’s fee paid.