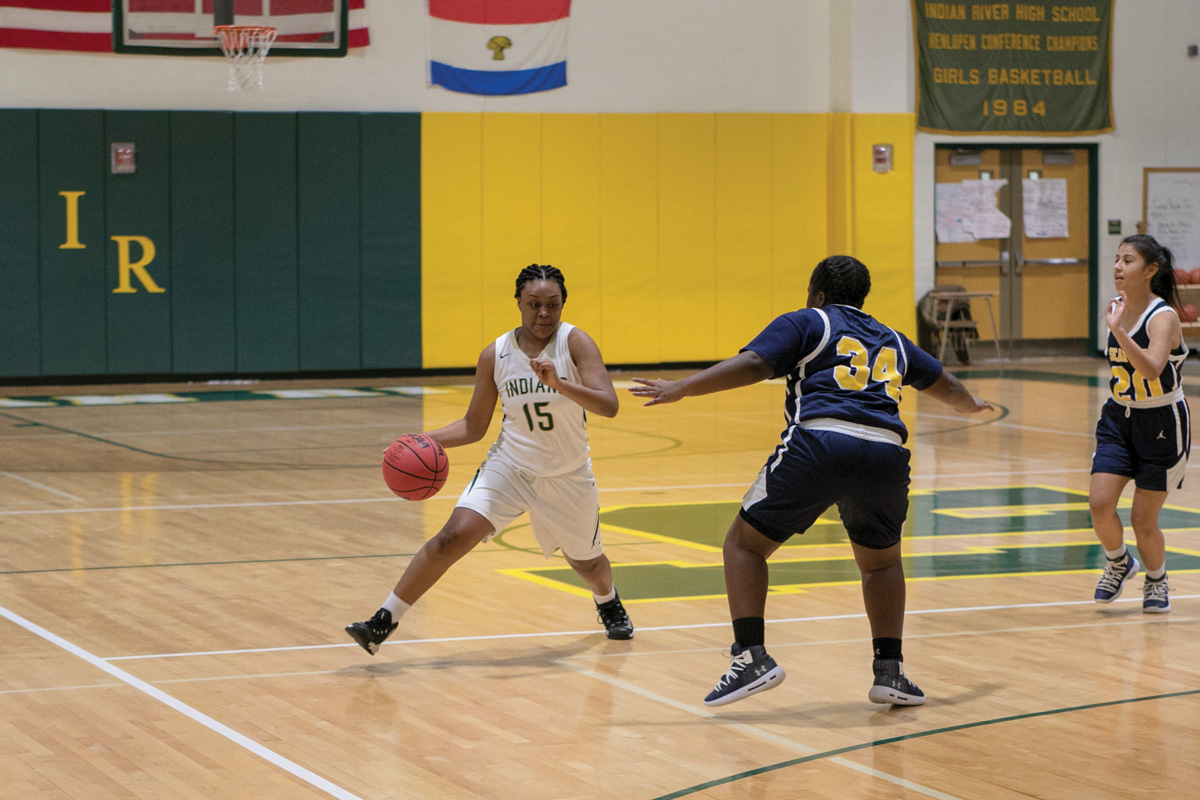 They are getting better each and every time they take the floor.

Not bad for a team that struggled at the beginning of the year just to get enough players to form an Indian River High School girls’ basketball team.

Veteran head coach Pat McCrea has rallied the girls who have committed themselves to his program, and while they haven’t had as much success in terms of the win column, the Indians have continued to get competitive each night out.

Such was the case on Tuesday, Jan. 14, when the Indians hosted Seaford in a Henlopen Athletic Conference South Division contest. The locals found themselves trailing 29-22 heading into the fourth quarter of the game. They rallied to out-score the Blue Jays 21-15 in the final stanza, but came up just one point short, 44-43.

Senior Yonya Wise led the way with 16 points, with junior Micayla Meehan chipping in with 10. Her sister Lauren Meehan added eight, while LeAnya Garrison (5) and Emma Jenne (4) also figured into the scoring for the Indians.

The Indians actually had a chance to win the game, but their first-half struggles from the foul line (2-for-11) certainly came back to bite them in the end. They would finish the game converting just 15 of 30 attempts from the charity stripe overall.

“We come out, loosen up and shoot foul shots, and then we run at the end of practice to shoot foul shots,” McCrea added of their practice routine. “I told the girls that we just need to keep working on things, and we will be fine.”

Sophomore Jada Evans led the Blue Jays with 26 points, including 11 in the third period, and 7 in the fourth, for a total of 18 second-half points.

“She played very well, and we even tried to play a box-and-one on her,” McCrea concluded. “She is a good strong player, and really did a nice job for them.”

The Indians were coming off a 52-27 defeat to Lake Forest, which is one of the top teams in the South Division, and a likely DIAA state playoffs participant at the end of the regular season. The win improved the Spartans to 7-3 on the season.

Lauren Meehan was the leading scorer for the Indians, with seven markers, while LeAnya Garrison, Micayla Meehan and Emma Jenne each contributed five points.

The two losses have the Indians’ record at 2-6 overall on the season. Their next game will be on Tuesday, Jan. 21, at home against Laurel at 5:30 p.m.

Results can be found on the Coastal Point sports Facebook page once the results have been provided.